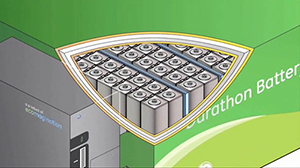 "This is how GE does 'startups' – putting our researchers, manufacturing talent and commercial teams to work to create technology that serves customer needs around the world," Immelt (CEO) said. "GE Energy Storage was born in New York's Capital Region from an idea that we turned into an advanced manufacturing plant and a global business that we expect will generate more than $1 billion in revenue annually in just a few years." (www.ecomagination.com, 2012)

In 2012, GE opened a new battery manufacturing plant in conjunction with the launch of an innovative energy storage business. The new Durathon battery products, which are half the size of conventional lead acid batteries, but last ten times longer, are the result of GE's $100 million initial investment in battery technology developed at GE's Global Research Center (www.geenergystorage.com, 2014). Expanding the facility doubled production, added 100 new jobs, and brought the total factory workforce to 450 when at full capacity (www.geenergystorage.com, 2014).

GE's manufacturing facility was equipped with big data, but lacked a decision tool for day-to-day operations and future planning, not only for a specific process, but for the manufacturing system as a whole. Read how AnyLogic software gave GE the tools to make the right probabilistic and multi-scenario informed decision, which resulted in clear visibility of day-to-day operations, increased production throughput, and decreased manufacturing costs. 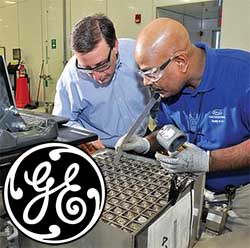